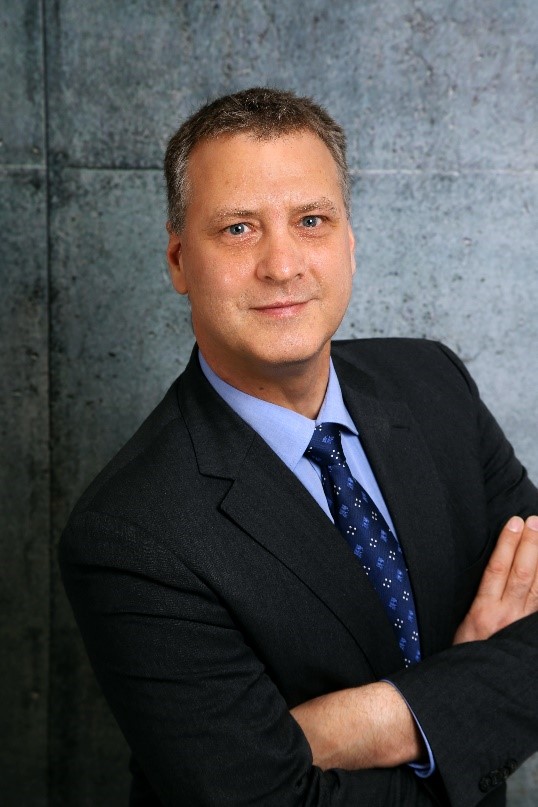 Hans Marius Schuster is the founder and CEO of Arena Innovation, a company that combines clean energy solutions with digitalization using the ready-made IT-Tool, Be-Circle, for planning and simulating a circular economy. He is an IT engineer from the University of Applied Sciences Giessen-Friedberg, Germany, and a certified European Research and Innovation Funding Programme Professional from the School of International Business and Entrepreneurship – Steinbeis University Berlin.

Tell us more about your organisation, Arena Innovation.

Arena Innovation was established in June 2015 and has built up consortia for, and advised many, large-scale projects for European research funding programs like Horizon 2020, FCH-JU (Fuel Cells and Hydrogen Joint Undertaking) and CEF (Connecting Europe Facility). Arena Innovation is also Chief Advisor of the ASEM CCSTI Cooperation Center for Science, Technology and Innovation of Hydrogen and Fuel Cells in Beijing, China. We also represent the standardization committee ASRO/CT 395 – Hydrogen in Energy Systems and we have engaged in numerous fuel cells activities in Germany and Japan. Currently, Arena Innovation is in discussion with numerous German Fuel Cell Clusters for consolidating similar activities in various German counties (Bundesländer) and is developing the ‘Atlas on Green Hydrogen Competence and Potentials’. Recognizing that every fuel cell cluster develops its own atlas, Arena Innovation concentrates capabilities to create a single product to decrease costs, avoid redundancy and increase visibility which goes in line with measure 33 “Establishing a European Hydrogen Society” of the official German National Hydrogen Strategy.

How do you intend to leverage being a MI Champion?

My goal is to establish a so-called ‘Digital Single Hydrogen-Society Platform’ to foster the energy transition and true international collaboration beyond technical, political and geographical borders. As a Mission Innovation Champion, the impact of my vision will increase significantly. During my numerous business trips in China, Japan and around the world, I realized that international cooperation is key in order to accelerate the clean energy revolution. The Hydrogen Platform would allow countries and companies to collect and share sound data and knowledge and also intends to attract investors for related projects in longer term. Strong focus will be on data collection and protection which could be a decisive factor for the acceptance of the platform on global level. My approach as an MI Champion is to use the MI community to help create one single, common global digital Hydrogen-Society platform from the very beginning, so that it will get accepted and be used by each participating country in order to enable more public and private investment in this field. I hope to engage other interested MI Champions in the development of this Platform.