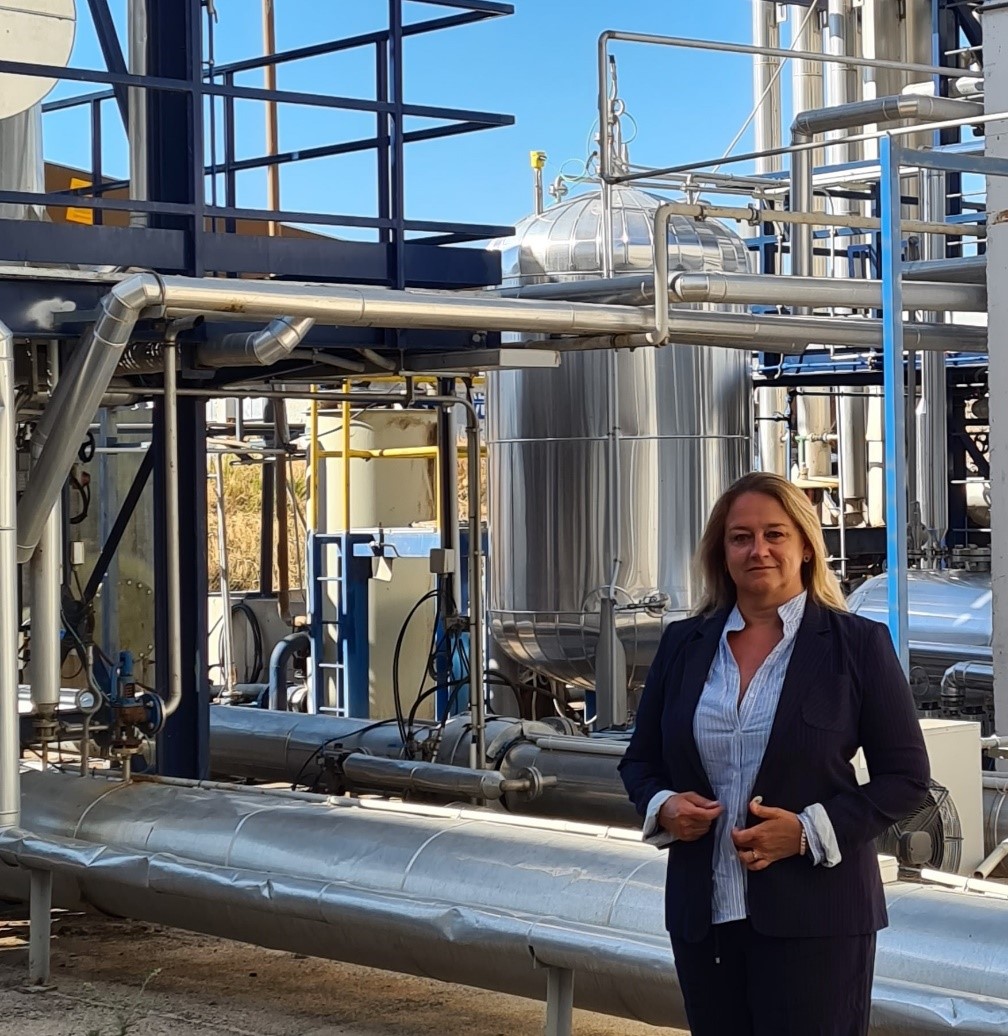 Marisa Hernández Latorre is the founder and CEO of Ingelia, a company that has developed an industrial clean technology to recover carbon and other biomaterials from waste. The hydrothermal carbonization (HTC) process solves the problem of organic waste management while generating a solid biocoal to be able to substitute fossil coal. Marisa is an industrial engineer by training; received a MBA and Master’s Degree in Finance, and fluently speaks six languages. Dedicating her professional career on bringing innovative projects to the market, she has also been involved in launching Jazztel, the second telecommunications operator in Spain.

Tell us more about your company Ingelia

Ingelia was one of the first companies worldwide that commissioned an HTC plant at industrial scale in 2010. The HTC process acts like an acceleration of natural coal formation, producing liquid biofertilizers and a solid carbon-based product called biocoal that can be used as raw material in the industry. The plant incorporates all of Ingelia’s HTC research and has played an important role in improving and digitalizing the process, putting in place a very advanced control program for process operation and maintenance. Aiming to provide a simple solution for clients, the technology is stable, modular and easily scalable. In 2018, the technology was commercialised and is now set to spread across Europe. Ingelia owns 15 international patents from seven different developments and has received several awards due to its innovative and sustainable ambitions.

How do you intend to leverage being a MI Champion?

According to a World Bank report, most waste (66%) is disposed on landfills and responsible for 5% of GHG emissions. On the other hand, various industries are looking for alternative fuels to fossil coal. The potential for our technology is large but as the waste sector is strongly regulated, it is important to gain the support of the public administration and align objectives and expectations of companies and investors. I believe that we all have a duty to guide our economies towards sustainable and rapid change, and I personally feel really responsible for achieving the Green Deal goals. The MI Champion title gives great visibility that I intend to use when speaking to top-level executives, investors and politicians about the opportunities HTC technology can offer.

We will shortly commission the first industrial HTC plant in Belgium and we are arranging agreements with our client Renasci NV to build several plants in Europe. Furthermore, we are supplying HTC equipment to a large energy company that aims to scale up the technology for their global operations. We are also in contact with steel companies in Germany and the UK to establish biocoal purchase agreements starting in 2021.