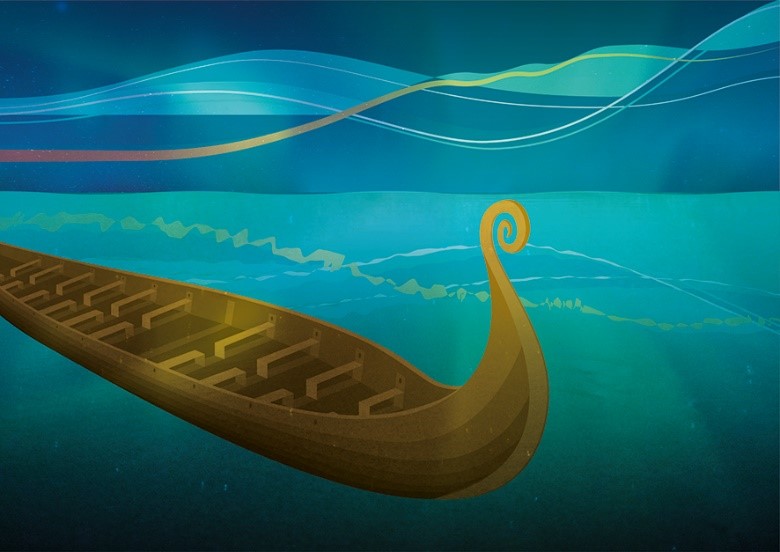 “The Longship project”: The Norwegian government has labelled the investment package ‘Longship’, recalling the development of fast, reliable ships during the Viking age. Illustration: MPE/Miksmaster Creative.

Norway joined Mission Innovation in 2015 because the Norwegian government acknowledged the need to accelerate clean energy innovation to respond to our shared climate challenge. The government supported the need for a massive push for research, development, dissemination and deployment of clean energy technologies as well as increased international collaboration.

Since the launch in Paris, our dedication to the MI ambitions has grown even stronger. Norway’s ambition is to reduce our emissions by 90-95 per cent by 2050 compared to 1990. To achieve this, we believe innovations and technological breakthroughs will be vital. Both breakthroughs and the successful dissemination of new technologies will depend on international co-operation. We also need co-operation between the public and private sector. This is at the core of what Mission Innovation is all about and is exactly why it makes sense to be a member.

In September 2020, Norway officially supported the development of a second phase of Mission Innovation during the digital ministerial meeting hosted by Saudi-Arabia. A few days prior to the Ministerial, we launched the biggest industrial climate project in our history. Named ‘Longship’, a funding package of an estimated 25 billion NOK will see the implementation of the first full-scale CCS project in the world. It follows decades of research and pilot projects and marks a major step forward for a critical climate mitigation technology. Longship will contribute to developing carbon capture and storage as an effective climate measure. It will demonstrate that carbon capture and storage is safe and feasible. It will also facilitate learning and cost reductions for others and subsequent projects, both nationally and internationally.

Norway is a proud member of MI and looks forward to continued collaboration.