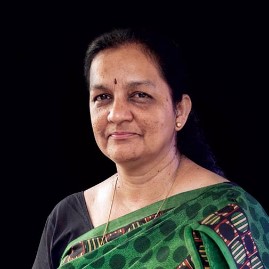 Dr Purnima Jalihal is a senior scientist who heads the Energy and Fresh Water group at the National Institute of Ocean Technology (NIOT), India. She has coordinated many first-ever projects in ocean energy and desalination. Her tremendous contribution in setting up the first-ever ocean thermal gradient-based desalination plant at Kavaratti island in the Lakshadweep group in the Arabian Sea has helped transform the lives of the small island community which had a severe lack of drinking water. For this work, she was awarded the Vishwakarma Medal in 2006 by the Indian National Science Academy.

This success led to more desalination plants on islands and offshore. Dr Jalihal is now attempting to scale up this technology and develop the ability to power  desalination plants using ocean renewable energies. Having obtained a PhD in Civil Engineering from Duke University (USA), Dr Jalihal is a member of numerous committees within the Government of India related to water and renewable energy. She has more than 60 peer-reviewed papers, authored six book chapters and has two granted patents. She has been instrumental in making India a member of the  International Energy Agency’s Ocean Energy Systems (IEA-OES) Technology Collaboration Program (TCP) with the NIOT as the participating agency. Dr Jalihal has recently been elected as the Vice Chair of the Ex Committee of the OES TCP.

Tell us more about your company/organization

I am from the National Institute of Ocean Technology under the Ministry of Earth Sciences.  We are the only institute that works on developing technologies to explore and harness resources from the ocean in a sustainable manner.  I head the Energy and Freshwater group, and my group works on technologies for ocean energies and desalination.  My team has been working on indigenous development of ocean energy devices and thermal desalination systems.

How do you intend to leverage being a Mission innovation (MI) Champion?

As MI Champion, I hope to increase awareness of clean energy from the oceans, which is yet to take off from the R&D stages in India.  India has a long coastline and a vast exclusive economic zone, and hence ocean energy assumes importance.  Other areas to promote are hybrid renewable energy systems on microgrids, especially suitable for remote areas. Considering the energy-water nexus, desalination systems powered by renewable energy are essential and need focus.  I am currently leading a project where a thermal desalination plant will be powered by energy from the thermal gradient, making it independent of external energy.  I hope to use the MI platform to proliferate hybrid systems for  clean water and green energy.

I will try to get multi-institutional proposals for clean energy funded by the Department of Biotechnology and the Department of Science and Technology. I also feel that information dissemination and capacity building in clean energy and water are essential, and towards this end, I would endeavour to organize workshops for students and researchers. I hope being an MI champion helps in this process.

I am trying to put together two calls to demonstrate a technology: Ocean energy and Marine Bioenergy.  I am hoping we can select one technology for each of these through calls from MI.  This will make policymakers, and heads of governments see the importance of scaling up and future funding for these areas of clean energy. This also should then lead to policies for these renewables. 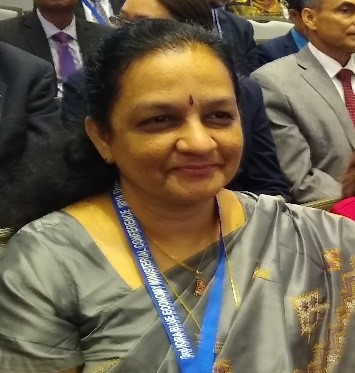