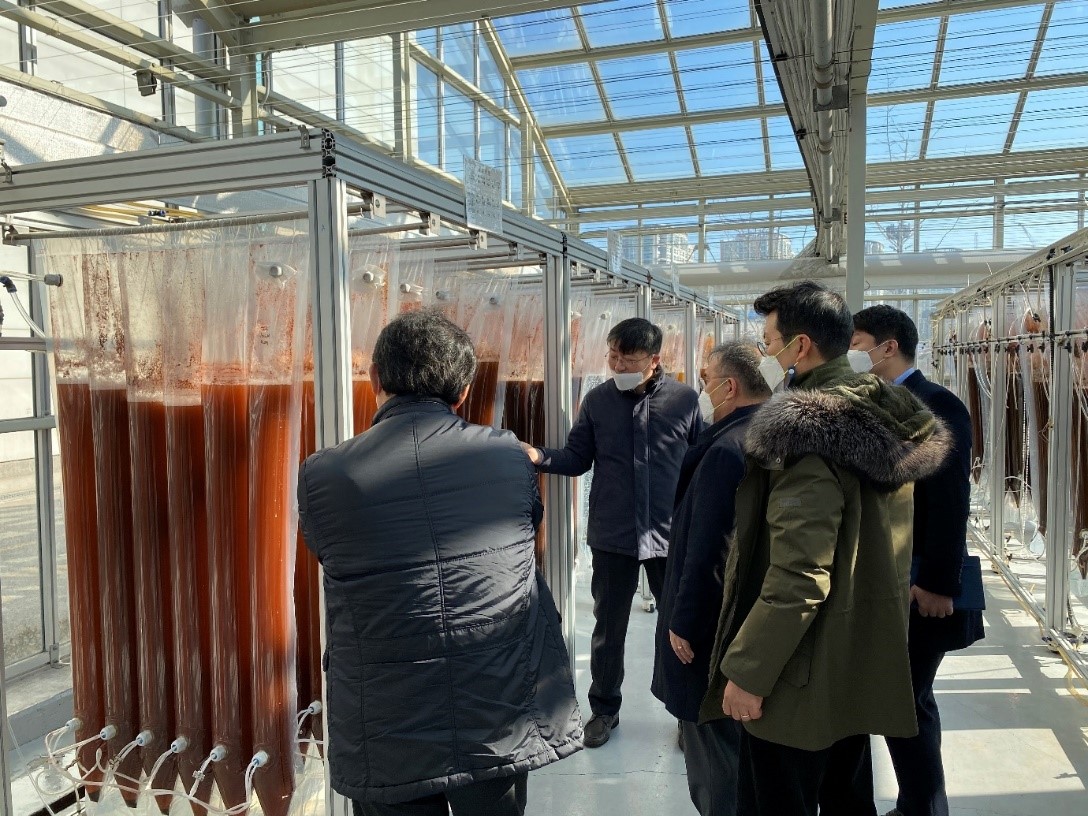 Dr Sang Jun Sim is a professor at Korea University in the Department of Chemical and Biological Engineering. He has dedicated 20 years to developing carbon capture technologies using microalgae. From the development of the core technologies to the demonstration of large-scale CO2 conversion into value-added products such as biofuel and bioplastics, he has devoted his research career to advancing a national and global clean energy revolution. He has been the leader of major projects for carbon capture and utilization in the Republic of Korea, including the national research program, 21st Century Frontier, Korea CCS 2020, and Carbon to X.

I am affiliated with Korea University. Since 2002, I also have been a principal investigator for some of the largest national projects for CO2 conversion in the Republic of Korea, including 21st Century Frontier, Korea CCS 2020, and Carbon to X, which is a major project for CO2 conversion and utilization in my country. We have proposed a new paradigm for microalgae research by implementing microfluidics and microsystems. We also organized a national research network comprising experts from Seoul National University, KAIST, Pohang University, Hanyang University and KIST. Our international network includes partners at the University of California-Berkeley in the United States and the University of British Columbia in Canada. Through both individual and collective efforts, we have endeavored to drive biological conversion of CO2 towards commercialization. As a result, we were given the opportunity to operate additional mass-scale demonstration sites with Korea District Heating Corporation and Korea Western Power. Currently, as the head of the ‘Carbon to X’ project, I am conducting collaborative research into commercializing the microalgae process to produce CO2-derived bioplastics.

As an MI champion, I will share the technical know-how and experiences in biological conversion that I have gained through my extensive research, covering everything from the development of super strains on a microchip to the construction of a mass-scale demonstration site that utilizes exhaust gas. Through active knowledge-sharing, I aim to advance developed technologies beyond the lab so that the clean energy revolution can be applied at an industrial scale. In addition, through active communication with scientists and engineers from diverse countries, I will establish a comprehensive network. This can help promote international clean energy innovation beyond scientists’ and engineers’ respective fields of expertise. Despite the COVID-19 pandemic, I have been invited as a plenary speaker to internationally renowned conferences to share the latest microalgal technologies and present various technical views for responding to climate change.

Based on progressive efforts for microalgae technologies, I have been a leader of the ‘Carbon to X’ project. The project aims to enhance the feasibility of microalgae-based bioplastics commercialization by developing a CO2 biochemical photoconversion system. High-performance microalgal strains, high-efficiency automated photobiological conversion processes, energy-efficient dewatering/drying processes, and microalgae-polymer blend technologies will be developed until 2025. To achieve this goal, cooperation with US organizations as well as domestic institutions in Korea is planned, and I expect to establish an extensive network.