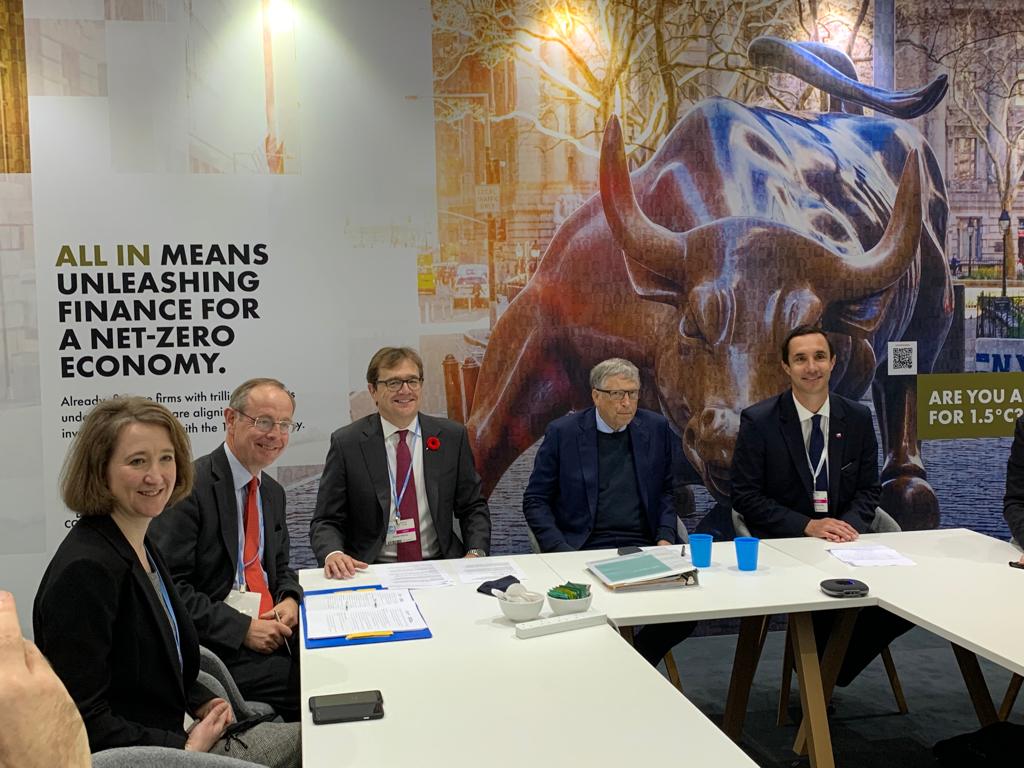 Mission Innovation, launched at COP21 by Government Ministers, and Breakthrough Energy, launched at the same time by founder Bill Gates, today announced a letter of intent at COP26 in Glasgow, Scotland, to build upon our shared goals of increasing public-private collaboration and catalyzing more investment in low-carbon technologies and solutions around the world.

The letter, signed by Patrick Child, Chair of MI’s Steering Committee, and Jonah Goldman, managing director of Breakthrough Energy, states that the two initiatives will work together to “advance public and private sector collaboration to accelerate critical clean energy technologies toward commercialization.”

This includes a focus on securing co-funding for high-impact demonstration projects in low- to middle-income countries. The letter also highlights the commitment to work together on shared priorities including green hydrogen, sustainable aviation fuel, direct air capture and long-duration energy storage.

The announcement builds upon a collaboration that began six years ago at COP21 in Paris, where both organizations were launched together, and it strengthens the relationship as both Mission Innovation and Breakthrough Energy have announced new impactful programmes.

Earlier this year in Santiago, Chile, a second phase of MI was launched on behalf of 22 countries and the European Commission (on behalf of the 27 nation European Union). MI “2.0” reaffirmed member countries’ commitment to investing in innovation to ensure clean energy is “affordable, attractive and accessible for all this decade.”

In the weeks and months leading up to COP26, Catalyst made a series of major announcements, including partnerships with the European Commission, the U.S. Department of Energy and global companies like ArcelorMittal and Bank of America. Most recently the Catalyst announced a combined 400 million GBP investment partnership with the UK.

MI and Breakthrough will work closely with governments from six continents to support the goals of both initiatives. The partnership will also share lessons learned and best practices with countries around the world, and promote new ways to measure impact and track technology progress.

“Because financing is so hard to come by, commercial demonstration can be an excruciatingly slow process,” he wrote. “Right now, the key to the climate innovation agenda is making it go faster.”