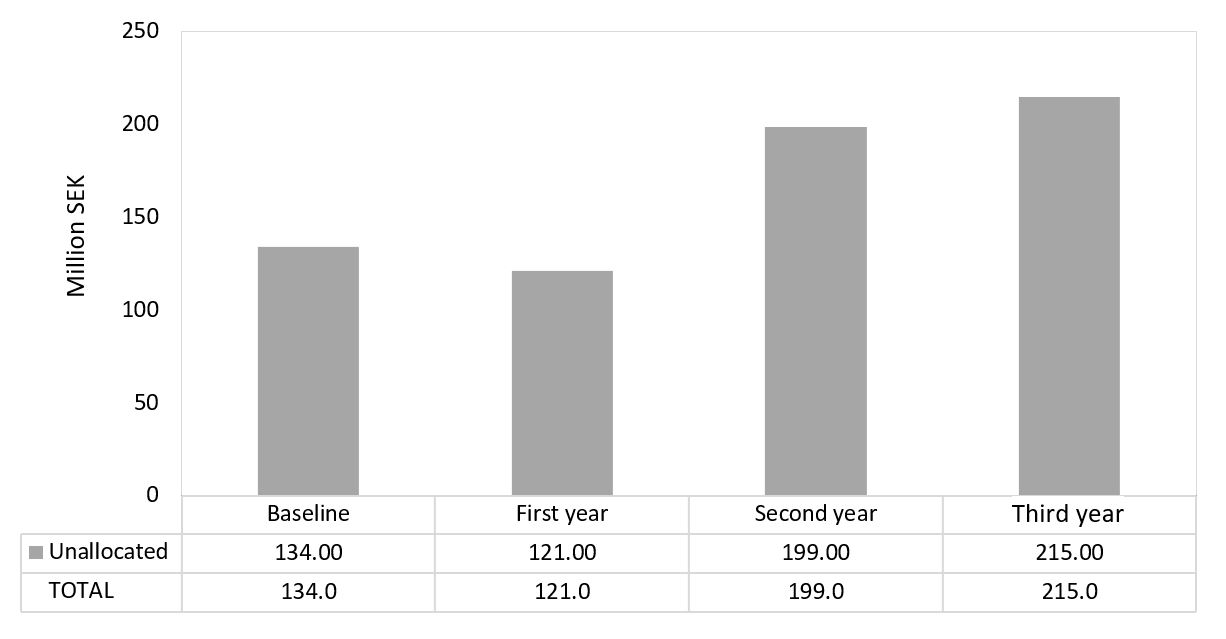 The doubling commitment is not as broad as the total energy RD&D effort reported to the IEA.

The national energy research and innovation (R&I) programme administered by the Swedish Energy Agency (SEA) is the main source of public energy R&I funding in Sweden. However, some activities in the programme may fall outside the scope of the IEA database; i.e. support to SME’s for business and product development etc. Also, the activities of the programme are annually reported to the Government and to Parliament using another structure than the IEA database. In addition to this, the Energy Agency has recently received budget for a number of specific tasks; e.g. on establishing an electromobility lab, on funding R&I on biofuels and transport electrification, and on funding R&I for decreasing the GHG emissions of the process industry.

The development of this funding is shown in the following diagram (units of 1 000 SEK): 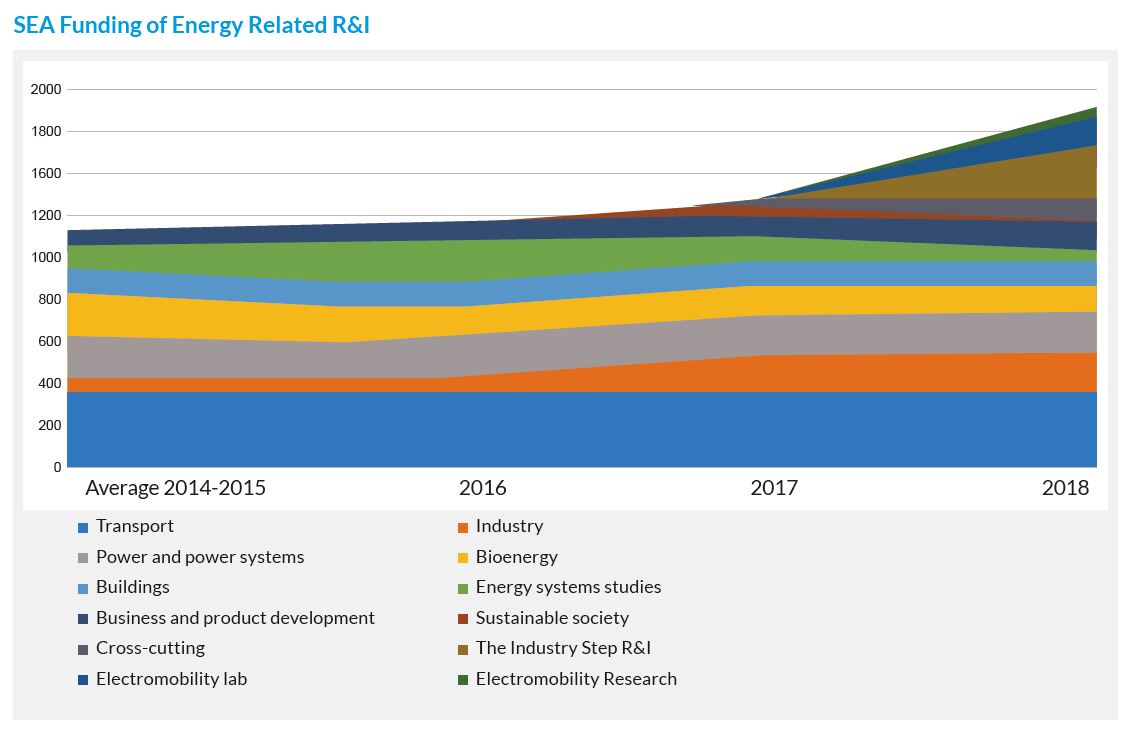 Please note that the figures shown are estimates, with some data from actual spending and some from budgets made available.

COP24: The Avoided Emissions Framework, an MI initiative launched at MI-3 and led by Sweden, was presented at COP24 during the Climate Finance sessions. In addition, the Swedish Environmental Protection Agency organized a side event on Innovation Competitions and Circular Economy for Transformative 1.5oC Solutions.

MI Champions is a program for recognizing and supporting the next wave of energy technology leaders.
Meet Sweden’s Champion, Jonas Eklind!